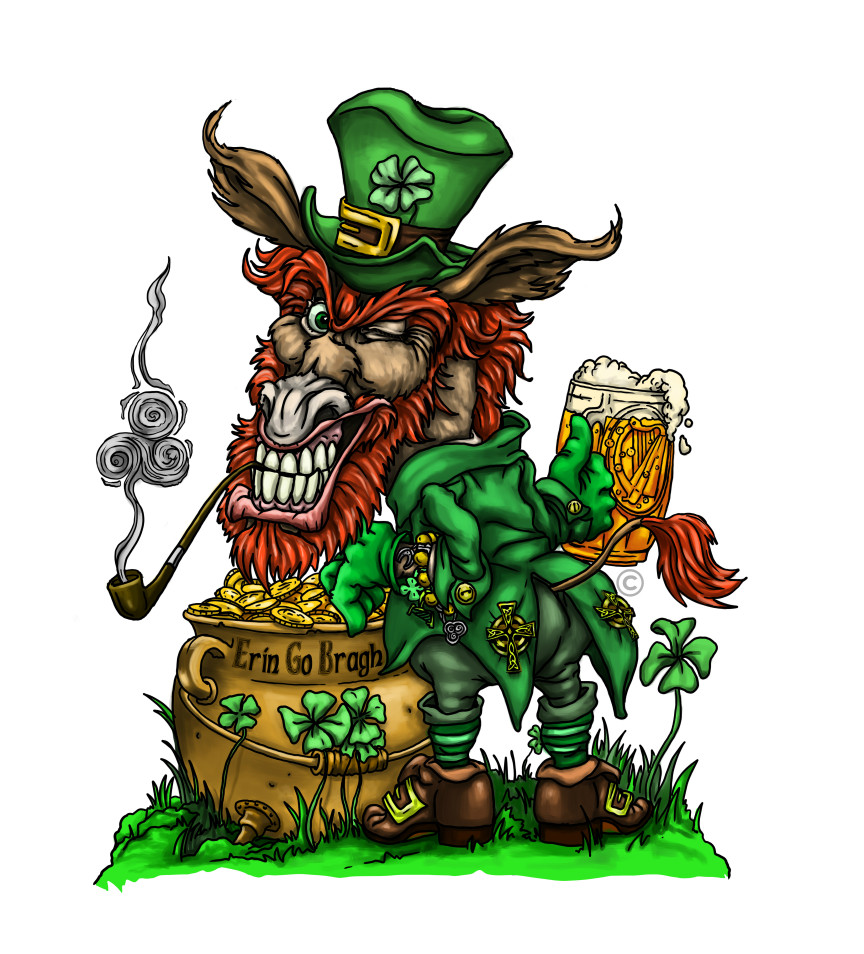 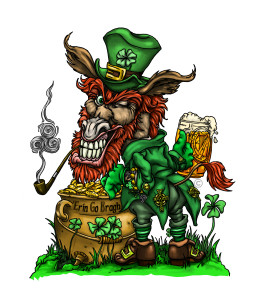 It’s St. Patrick’s Day, everyone is dressed in green or drinking green libations, and you may be wondering what ‘Erin Go Bragh’ actually means? Why shamrocks everywhere? And what about the leprechaun? Well, In honor of my Irish roots and because yes, Saint Patrick’s Day is more than just “another” excuse to get wasted, I have decided to share a little bit about the history of this international holiday and the mysterious man behind the celebration.

Saint Patrick, the son of a Roman-British military officer named Calpurnius was born around the 4th Century AD. He was a missionary and bishop and believe it or not, he wasn’t Irish; Saint Patrick was born in Roman Britain. Patrick ended up in Ireland because according his book, The Confession of Saint Patrick, he was kidnapped at 14 by pirates, urrg!, and then sold into slavery where he was forced to tend sheep. Held as prisoner in Ireland where he remained for 6 years, Patrick had a vision of God who commanded him to flee and he did.

After escaping captivity, Patrick went to Britain and joined a monastery. He spent many years at the monastery and was eventually ordained by St. Germanus the Bishop of Auxerre. Patrick soon returned to Ireland with the Pope’s blessing as he was compelled by another vision to be “The Voice of the Irish”. Patrick’s mission in Ireland consisted of converting Gaelic Irish Pagan worshipers to Christianity. Throughout his mission work he set up schools and churches, even converting believers among the royal classes. As his successful religious conversions did not go over well with the Celtic Druids, Patrick had been arrested numerous times and every time he was captured he managed to escape. Legend even tells that a chief of a Druid tribe tried to kill him but after calling on God, was convinced to convert the chief and begin ministering the Gospel.

Though Saint Patrick was most active during the 5th century AD, he was considered a legend by the 7th century; he converted non-believers for over 40 years in Ireland. Patrick died on March 17th, 461 AD. Although he was never formally canonized by the Catholic Church, he is the Patron Saint of Ireland by popular acclaim. Every year on March 17th, people all over the world celebrate the Irish culture in observance of Saint Patrick’s Day. Festivities often include parades, cultural events, and plenty of green attire, food and beverages. The first place to celebrate with a St. Patrick’s Day Parade was the US. Irish soldiers who fought for the English marched with their fellow countrymen on March 17, 1762 in New York City to pay homage to their Irish roots.

Though celebrated internationally, St. Patrick’s Day grew into a way for Irish Americans to celebrate their culture. In the mid-1800s, the Great Potato Famine impacted Ireland and led to an influx of immigrants into the U.S. Faced with prejudice and discrimination, Irish Americans joined together in solidarity.

What about the shamrock?

According to stories about Saint Patrick, he used the shamrock to represent the Holy Trinity; he used this to explain the Father, Son, and the Holy Spirit.

Lobaircin is the Irish name for the folkloric Leprechaun that has become symbolic of Saint Patrick’s Day along with the shamrock. Contrary to what may have been depicted in the chilling Leprechaun in the Hood film, this little guy is found in Irish mythology and has been described as a fairy that lives on the island. These little old men are said to be mischievous but very rich due to buried treasures. Folklore says that leprechauns worked as shoemakers who placed their money in pots found at the end of rainbows or hidden places, hence “the pot of gold at the end of the rainbow”. According to legend, if you fix your gaze on a Leprechaun, he is unable to escape but if you shift your gaze, he will instantly vanish.

To Binge or Not to Binge?

St. Patrick’s Day is not just about getting drunk off whiskey although that can be fun and expected, DrunkenHistory.com reports that the now Patron Saint introduced the drink whiskey to Ireland in the 5thcentury. Patrick, who had traveled to an inn was given a cup of whiskey that wasn’t quite full, and used it as a teachable moment. According to DrunkenHistory, “he told the inn-keeper that it was a devil, living in his cellar with the whiskey that caused him to become greedy and cheat people of their drink”. The only way to redemption? The inn-keeper had to fill every cup until it overflowed. Well, bottoms up to that!

How are you celebrating St. Patrick’s Day? Share your debauchery on Twitter and show your Lucky Ass!