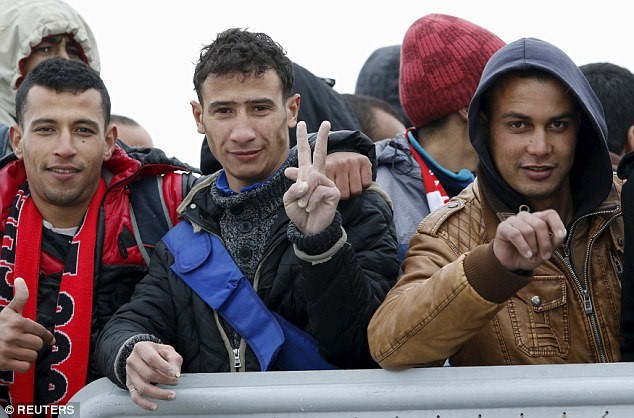 Being a country of immigrants is part of what makes the USofA a great nation.  The other part is our carefully constructed Constitution and our supporting Laws.

As a compassionate Husband, Father, and Business Owner I find it troubling to imagine honest, innocent and hard-working men, women and children regardless of race, color, religion, sex or national origin in such a dire situation.  I wouldn’t want to see anyone much less someone I knew in such a place and I would like to think that I would try and assist in whatever way possible.  I think a majority of Americans feel the same or close to that.  Conversely, I think it’s safe to say that most Americans would be as equally compassionate, if not more, about keeping their friends and family safe from harm or the possible threat of harm, I’m certainly no different.  A dilemma for the US and other countries, perhaps and more for some countries than others?  A dilemma for the refugees…or course!

I’ve seen and heard the left and right decries plastered across social media intent on holding tight their party rhetoric and bent on absolutes.  The left is emphatic that all of those that enter will be appreciative guests seeking a new and wonderful life while the right makes no bones that 1 in 10 refugees has terrorist ties and is seeking entry to the U.S. for the sole purpose of thrusting a saber into the heart of the great Satan.  While that crap isn’t really helpful I feel the truth is obviously hiding in the middle ground somewhere.  Unfortunately, given the dysfunctional state of several of our government agencies I question whether or not we’re capable of doing anything correctly and in a non-partisan, non-parochial manner. 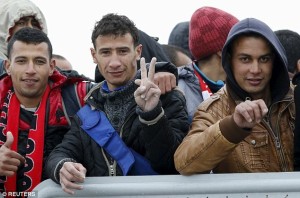 In the military, and as a businessman, assessing risk is a daily occurrence so let’s just apply some basic risk assessment strategies and see where it leads.  First off we must decide if there is a risk that needs to be assessed.  Is there intent on the part of ISIS to do harm to Americans on American soil?  I think that is fairly well documented as recently as last week and the continued high threat alert throughout EU and here.  Additionally, ISIS has gone to the level of publishing a list of U.S. cities that they “intend” to attack, of which my city is one.  Beyond intent, is there the capacity for ISIS to blend in with the refugee flow as a means of gaining access to a target area?  I believe at this point it has been confirmed by multiple intelligence sources that at least one, if not more, of those that perpetrated the Paris attacks did indeed enter France under Syrian refugee status.  So, these two simple facts throw open the door of plausibility thus validating the existence of risk.

In its truest sense a Risk Assessment is the determination of quantitative or qualitative estimate of risk related to a situation and the assessment of the magnitude of the potential loss and the probability that the loss will occur.  Acceptable risk is a risk that is understood and tolerated usually because the cost or difficulty of implementing an effective countermeasure for the vulnerability exceeds that of the loss.  Like most things, we can make this assessment an intricately detailed tomb of weighted subjectivity and scaled objectiveness.  However, no matter the amount of data or the level of its analysis the final results will always be littered with asterisks and percentages of error because in the end there is no certainty in the actions of man.

In actuality we assess risk in our heads all day every day without thinking too much about it, from changing lanes on our way to work to, crossing the street to go to lunch, or sending off our college age daughter to study abroad.  Risk Assessment is intrinsic within us and it has grown into an industry of its own; there are those basic tenants that boil down to common sense.  As a father, a  former EOD Operator, and a Business Owner my responsibilities past and present, extend or have extended beyond those of my own safety requiring me to assess the risk of any situation with my family, teammates and employees in mind.

We have already established that ISIS is intent on attacking us here in the U.S. and have gone as far as to identify target cities.  We have also witnessed their ability to blend in with a refugee population as they have in France for the sole purpose of waging a terrorist attack.  The only additional components of the assessment would be the realities surrounding the U.S. Government’s ability to fully vet, beyond any doubt, all refugees entering the U.S. and beyond that the ability of US Intelligence and Law Enforcement agencies to thwart any eventual attack if one was to present itself.  So how do you honestly vet even beyond reasonable doubt the validity of someone coming from a country torn apart by civil war and a complete breakdown of government services and lack of records availability.  Even if you are able to validate a name how do you go beyond that to verify allegiance and intention?  You can’t for many, and you definitely can’t do it 100% of the time.  Likewise, while our Law Enforcement agencies do an incredible job keeping us safe day after day and have thwarted many attacks in the past they can’t be expected to be right every time.  Unfortunately, we only have to be wrong once.

So, politics and religion aside, based on a common sense assessment of the realities I simply can’t agree with Syrian refugee placement in the US today.  I’m not a Xenophobe by any means, quite the opposite actually, nor am I a heartless uncaring racist.  Rather, I’m a concerned father, husband, brother, a son, and business owner.  I have a family to protect and my family will always come first and I’m sure that is the majority mentality as well.

Frankly, I think we should be doing more to ensure the refugees can actually return home. In truth, this seems the easier, more common sense solution and probably the desires of nearly every dislodged refugee but, that’s for another post.

Quote of the Day:  “There’s nothing common about common sense.”

For more Security Perspectives, check back often and subscribe to Perry’s Insights