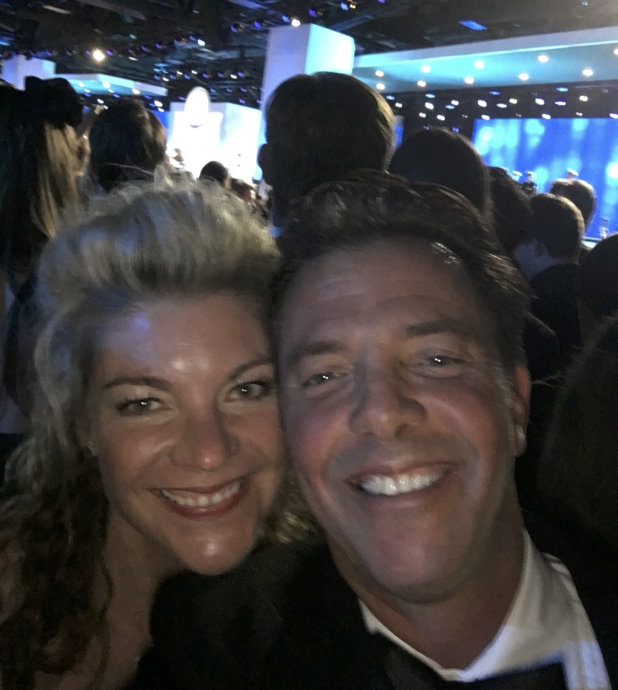 Whoopee or Woe is me?

For me and mine it is a resounding WHOOPEE!  The last administration was not kind to small business or the military as I am both I am hoping for change.

Regardless of all that, it’s rare I get up to DC for anything other than business except for the annual pilgrimage with my family to celebrate two birthdays, mine and the Country’s, on the 4th of July.  So when my wife, Stacy, and I had the opportunity to attend some of the Inaugural festivities we were so stoked.  Had no idea what to expect, but were happy to drive forward into the unknown.  In any case, we took the party with us as we invited our friends Bud & Angela and the 4 of us headed up to DC on the 19th.

We stayed in one of the most famous or infamous hotels in DC, The Watergate, and if anyone that knows just a little about past President’s understands the significance.  Classic!  Very nice hotel and a pretty good location and our room had a nice view of the Potomac.  A much nicer river to view than it is to dive in that’s for damn sure.  Old memories there. 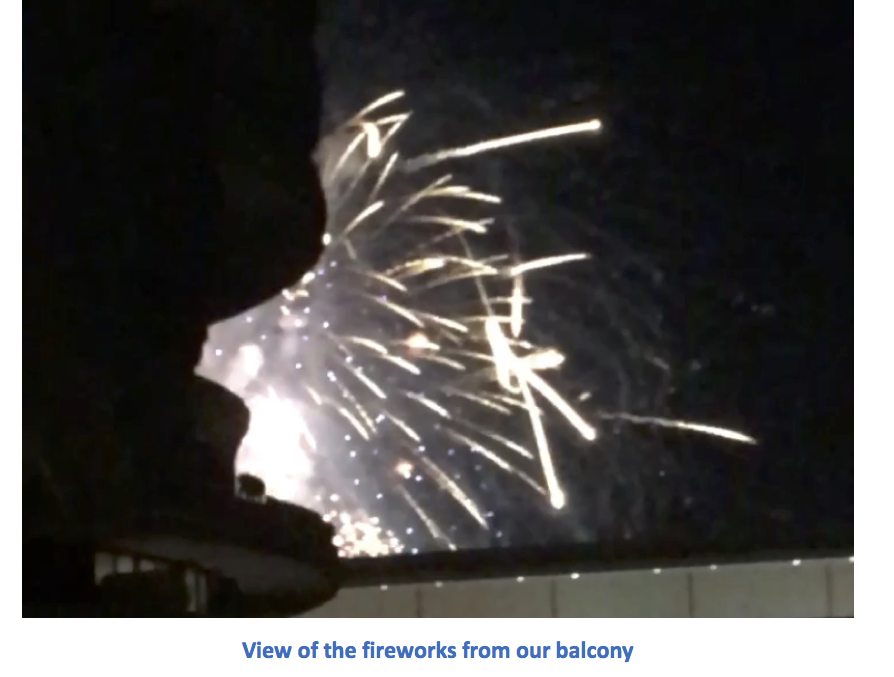 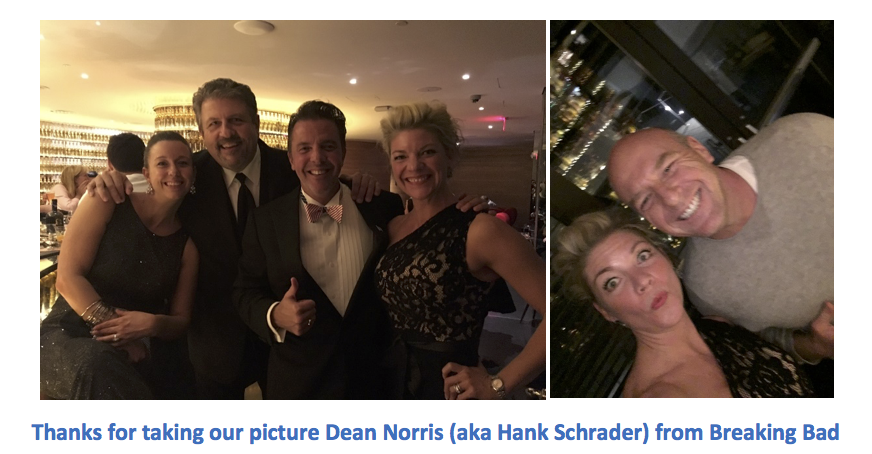 Anyway, the hotel is very nice, the staff friendly (especially the Bar staff, most importantly) and the other patrons were engagingly pleasant and fun.  Even met a few famous folks.  One was even nice enough to take our picture…oh, and we took his as well.  Nice fella.

Now, after a libation or two we’re off to the first of two balls (yes, I did say two balls) the All American Ball.  The Ball is held in honor of American heroes from every walk of life.  One of the Honoree’s was Buzz Aldrin, a true American legend.  And apparently he likes scuba diving.  Not sure how relevant that piece of data is, but he thought he needed to get that out there for all to know…I’m cool with that.  Also among the Honoree’s was a good friend and business mentor, Ken Falke.  Ken’s a retired Navy EOD operator as well as a successful businessman.  Oh, and let’s not forget he’s an avid philanthropist helping Vet’s through his Shoulder 2 Shoulder, a Veterans helping Veterans Non-Profit.

After a nice morning of sleeping in and recovering from the evening’s festivities it was time to get out and about.  So, we made it as far as the restaurant bar for a little hair of the dog.  Now we could have braved the chilly air and the crowds to go and see it in real time, but we reasoned that the view at the bar was better, warmer, tastier, and funner….ah, more fun.  The drinks were hitting the spot nicely, the stand-in bartender was killing it, we made new friends and we pretty much had the whole joint to ourselves.  Good call.  Stacy had to have LP (Little Perry) along so he wouldn’t miss anything. 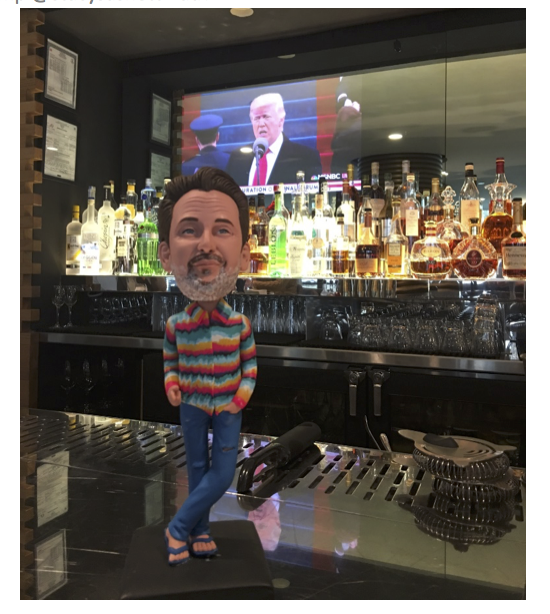 Now that we’re buzz emboldened and bored, Stacy and I figured we’d do a quick walkabout.  Wasn’t really sure what to expect as this election was quite contentious.  It worked out pretty well as it was between events, the Swearing In and the Parade, so it wasn’t too crazy.  We did see a few groups enjoying their 1st Amendment rights, but overall it was fairly tame.  The only struggle was getting around as just about every route was blockaded as you can imagine.  T’was a nice walk anyway. 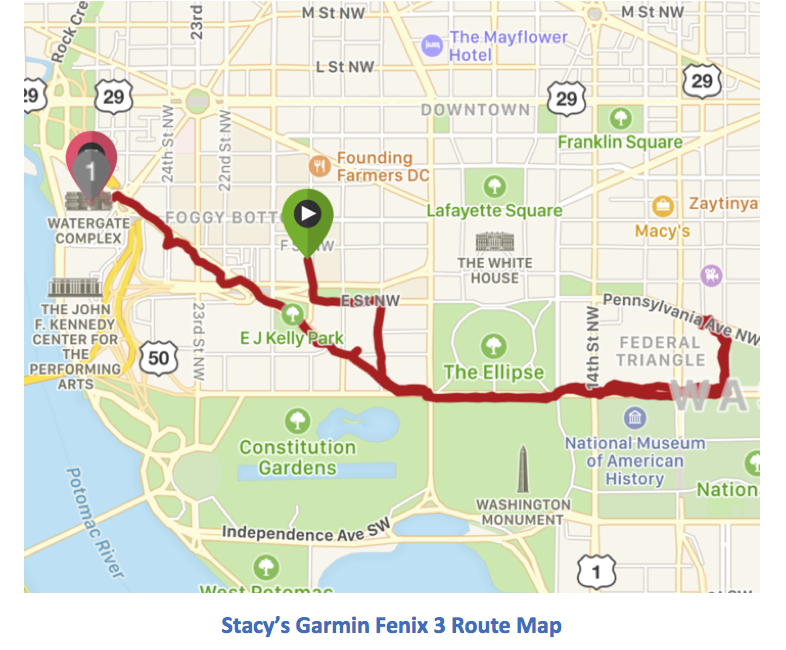 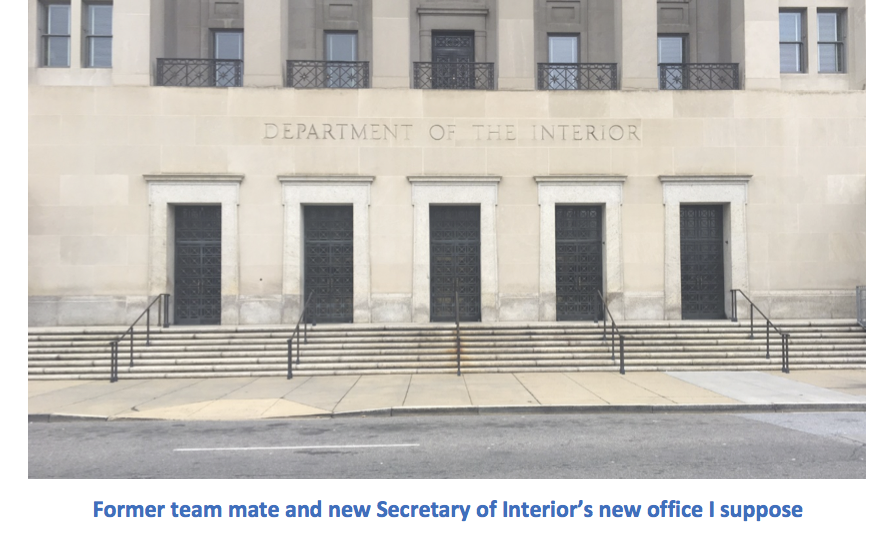 We were both glad we walked around to check things out and stretch our legs, but now it was time to get ready for the Presidential Ball.   Again no idea what to expect and getting the tickets for this was about the weirdest acquisition of anything I’ve ever had to acquire and that’s saying something.  Anyway, we were to meet a guy and he was to hand us our tix then…suspect.  So we all got our fancy go to Ball (haha) clothes on and headed out.  Fortunately we had an idea what to expect from earlier that day.   Needed to find a few pedal trikes. 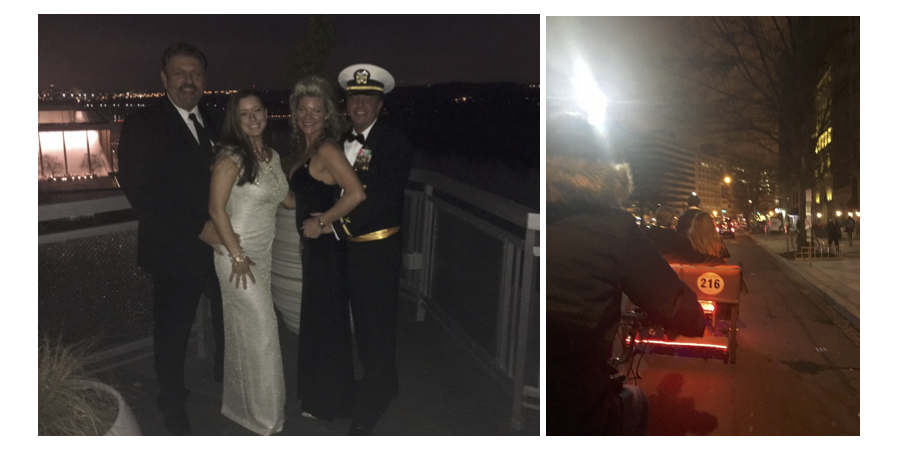 When we arrived at the event there was a line from hell that was full of a bunch of fancy-dressed people waiting to get in, just like us.  It was the craziest line ever that zig-zagged with no clear entrance, exit or turn points.  Couldn’t tell where it ended.  People were cutting in all over the place.  The folks around us were nice enough though and I guess wearing my Navy Dinner Dress Blues didn’t hurt.  With that, thankfully no anti-military protester threw anything on me or verbally accosted me…not sure how I would have handled it, but I have a feeling of how it probably would’ve gone down.  Everything was pretty much chill for the most part and we did finally make it inside, thankfully. 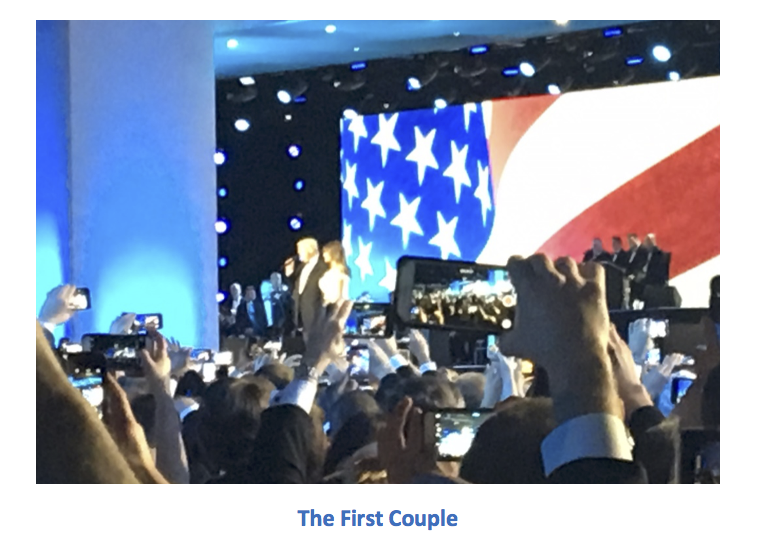 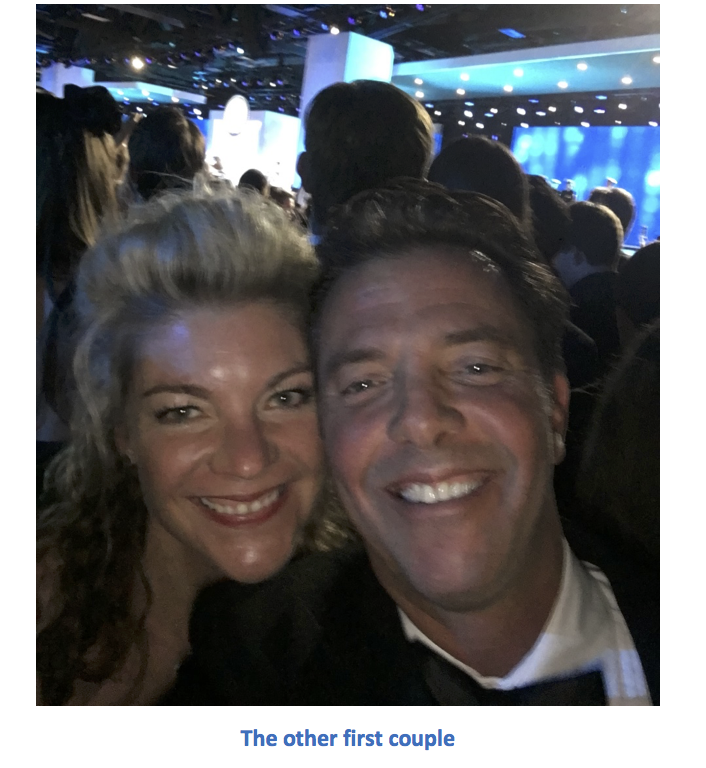 We had a good time and you could probably say it was a once in a lifetime experience.  Nearly all the people we saw or meant had a really good, positive energy about them.  For the most part everyone, everywhere was pretty damn happy over the two day excursion.  Glad we were able to attend.

Wearing my uniform is always a profound pleasure for me and it’s a very rare occasion that I do so.  I’ve only worn my uniform 3 times since my retirement: the Passing of Stacy’s father (retired USN MCPO), last 4th of July in DC, and the 58th Presidential Inauguration.  This was only the 2nd time I wore my Dinner Dress Blues, the first and only other being mine and Stacy’s wedding.

It was very heart-warming receiving so many “Thanks for you service” and me thanking past, present and future (cadets) the same.  Quite a few people were very generous.  One fine gentleman paid for our trike ride out of the blue.  Completely surprised me and Stacy.  And others when we arrived back at the hotel starting by rounds of drinks…good lord!  They were backing up and we were trying to knock them back.  Great time.  We ran into Breaking Bad again and I thought I saw his jaw hit the deck when he saw me in my uniform.  Too funny. 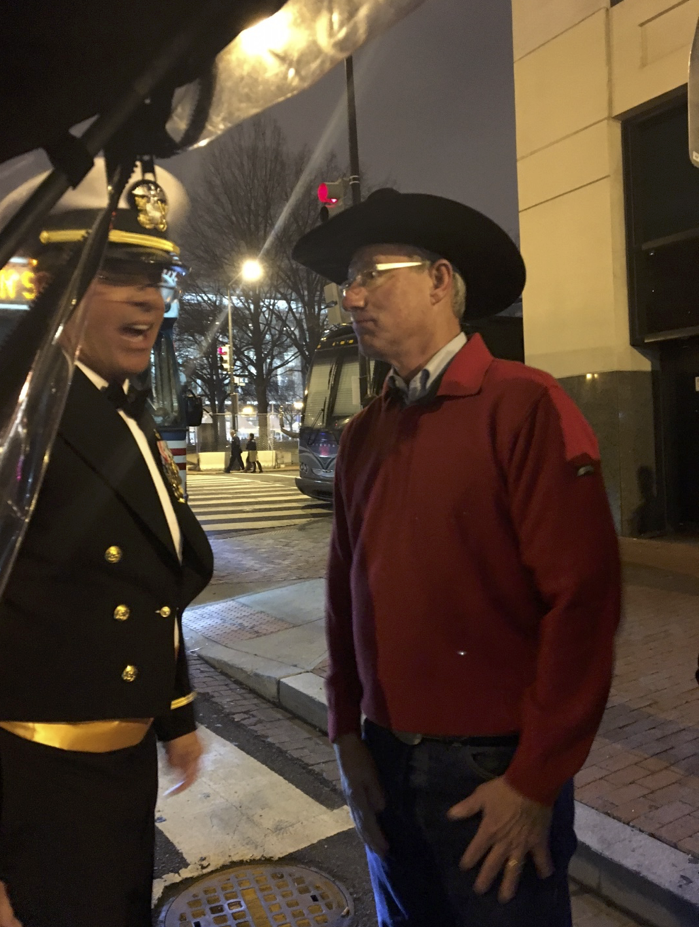 Anyway, it was an awesome time and we’ve several new cherished memories.  I wish the Nation wasn’t as divided as we are and that more people appreciate the remarkable Country we’re all fortunate enough to live and prosper in.  I think some people just need a bit of perspective or you can call it experience as well.  Get out and see the rest of the world and its wonders: cultures, struggles, dangers and everything that makes our planet unique.  Do that, which most do not, and I think there would be a greater appreciation for worldly standing and the freedoms we so enjoy, but tend to take for granted.

Be Safe and God Bless America! 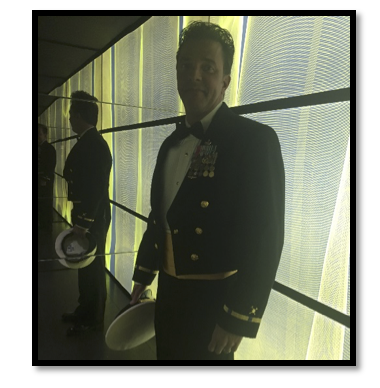 Check out more pics from DC and the Inauguration Balls on Instagram www.instagram.com/perrysasnett