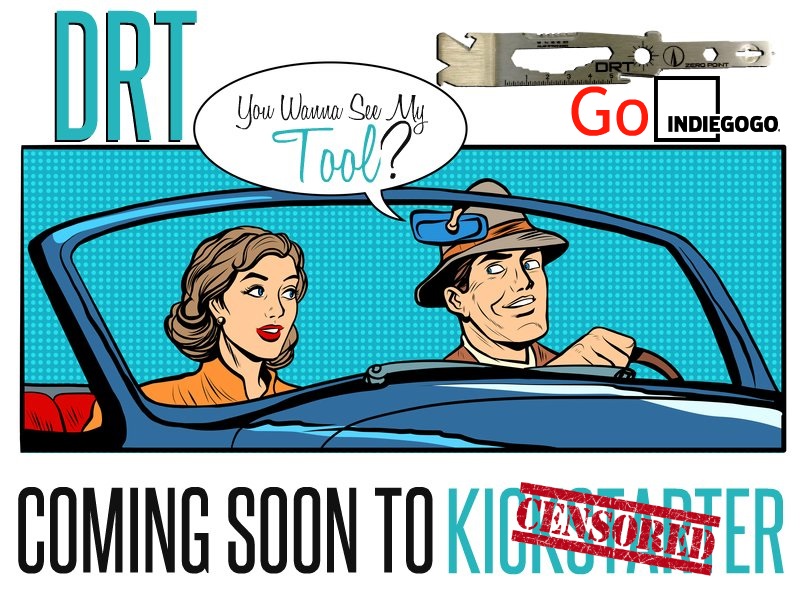 Thinking About Crowdfunding Your Invention? Expect the Unexpected. 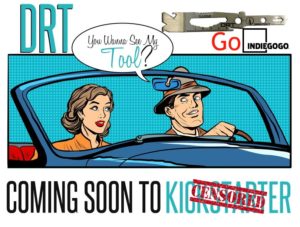 The concept of crowdfunding isn’t really new considering the activity dates as far back as the 18th century. During the late 2000s however, crowdfunding saw an increase as entrepreneurs and small businesses sought to grow revenue. Economic burdens of the decade left entrepreneurs looking for other alternatives to funding various endeavors. In 2012, Barack Obama signed into law the JOBS Act reduced regulation on small businesses and essentially legalize crowdfunding.  Awesome! You can now panhandle your friends, family, and neighbors to drum up cash for your future widget. Now you can share your invention with the world.

Fast-forward to 2016 and it is rare that a day goes by without some crowdfunding opportunity finding its way into your inbox. Whether it fundraising for an organ transplant, potato salad or meat soap, the possibility of making your Daddy Warbucks dreams come true just got real. Consider this, if Zack Danger Brown could earn $55K for making potato salad imagine what a product innovator can do? An engineer? Anyone that has a kick-ass idea and not the kind that spoils in your fridge?

Check out the 10 Worst Kickstarter Campaigns…Ever

So, you have done your research and decided that crowdfunding is the way to go for your new inventionwidgetgadget. You cannot wait to get started though your prototype is still in development. Judging by the most successful Kickstarter campaigns and all of the crowdfunding hype, you select this platform to launch your product to stardom and hope to earn the money needed to bring your dreams to reality in no time. Before you get all crazy and start picking out profile pictures, you might want to pump the breaks and think about some of the challenges that you may face along the way.

Sure, everyone has heard about Kickstarter success stories such as the Veronica Mars Movie Project which exceeded its $2M goal with over $5M pledged, or the Coolest Cooler which earned a jaw-dropping $13M in pledges, but things are not always what they seem in the digital age which constantly promotes net neutrality and transparency.

Just recently a support group for Coolest Cooler Backers assembled on Facebook to rant not rave about the Kickstarter Success turned PR nightmare. The group, which calls itself “The Coolest Cooler Fiasco” has over 700 members wondering where their orders are. The Verge, describes the Coolest Cooler as “not cool at all”. Now strapped for cash, the Coolest Cooler is hustling its product on Amazon for $499 as backers revolt. What is an inventor to do?

When it comes to Kickstarter, expect the unexpected because not every invention is accepted, those that are may well leave you scratching your head and to avoid your own Kickstarter fiasco, check out some tips below:

Kickstarter is choosey when it comes to projects that they allow on the platform. Unfortunately, there really is no process in place to screen your project before investing hundreds of thousands of dollars into prototypes, marketing, and human resources. Developing video content which is highly recommended for conversions is another expense that you will likely incur because if your video does not fit into Kickstarter’s exclusive community it may very well be rejected.

Kickstarter outlines some general rules which are rather broad and non-specific. You are also required to have a prototype so you will have to have capital handy to get it developed before moving forward.

If you are rejected, do not expect to be given a reason.

Kickstarter’s rejection process consists of a canned email response stating that the project does not fall within their guidelines. Users are given the opportunity to appeal or resubmit, but you are really only given the opportunity to appeal as you will be unable to re-submit because after stamping your project with a “declined” flag, all except for the preview of your project will be locked up and inaccessible.

Wait for the silence.

You never actually speak to a person at Kickstarter. Once they have taken the time not to explain why your project was rejected, you will be met with silence after making pleas for reconsideration. This is just no fun, takes a great deal of time and is just plain frustrating. Thinking about that hefty invoice you paid to your film company to shoot and edit your “viral” video?

Out of frustration, you’ll try to submit your pleas to reactivate your project using the ‘Contact Us’ feature, you will be ignored.

After building up anticipation with your marketing team, printing out flyers, hash-tagging, tagging the entire world and telling everyone to look for your new widget on Kickstarter, 3 days will pass and you will receive your final rejection. But no folks, this will not be the mother of all WTF moments, there is more…

The rejection “letter” will consist of a canned response stating, “Based on such review, your project cannot be approved. That’s not a reflection on quality — it’s just not quite right for Kickstarter.” Signed by a bot named Graham with no last name and a message that reads, Please do not reply to this email, as it does not receive incoming mail.” But still, do not expect to be given specifics on a reason why your project was declined.

After two days of silence from Kickstarter and assembling your team to Plan-B (because with crowdfunding there should always, ALWAYS be a Plan-B), Kickstarter will commence to spamming your email account to promote active campaigns with the subjects like: “Projects We Love #AlwaysBeLearning or Projects We Love Tell Truth”.

Though Kickstarter has a 44% goal conversion rate and is leading the pack in crowdfunding platforms, there are still a few things left to be desired. One can only hope that Kickstarter is not a bias platform.

Even the publically traded Facebook, a social media platform (corporation) with over 1.09 billion users as we speak, recently found itself wrapped in controversy facing allegations of conservative bias.  Facebook, worth $350 billion, has been accused of suppressing right-leaning news articles from its feeds and banning posts for not meeting its “Community Standards”. Mounting pressure from the accusations prompted a meeting between Mark Zuckerberg and conservatives who found that there have been many instances of individual users, groups, and small media outlets having content banned from the site.

Users have had their accounts locked and suspended for posting videos, comments, and images that may be deemed politically incorrect by liberals. Whether these actions are committed by the company or by individual workers is yet to be seen. Former Facebook contractors have claimed that they were instructed to “suppress” conservative news stories and “inject” select content. Check out the story on Gizmodo.

The question that remains…Is it possible that political correctness has managed to somehow permeate crowdfunding platforms as well? We’ll probably never know but it is definitely worth thinking about when venturing off into Web 2.0, a growing evolution that continues to tout collaboration, user-generated content, interaction, freedom, participation and most importantly community.

Giving in a Digital World finds that crowdfunding allows people to “get personally involved with other like-minded folk in funding a specific initiative or project”. Censorship only hinders these powerful connections. 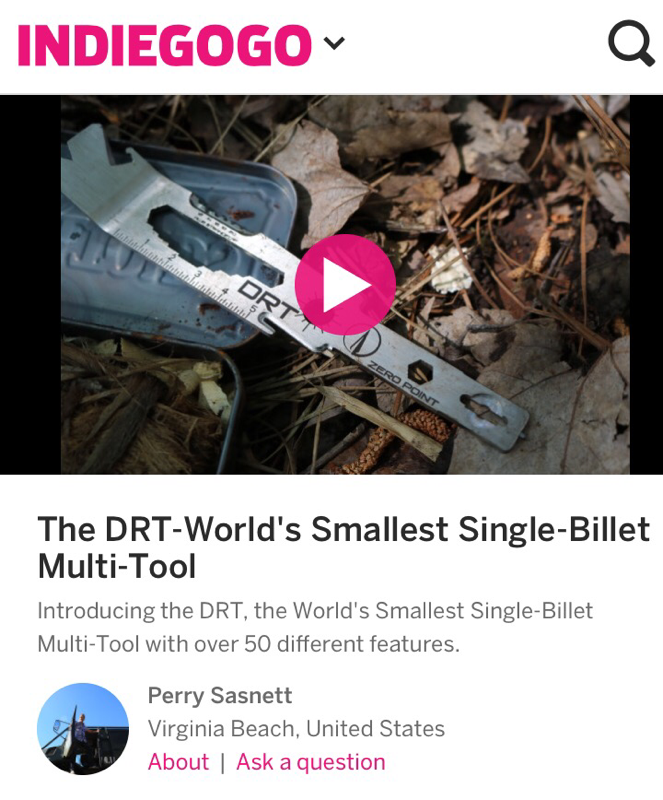 If you find yourself facing a crowdfunding fiasco and booted out because you do not fit within a specific community, consider Indiegogo which offers an all or nothing funding model or flexible funding model. Indiegogo’s conversions are significantly lower than Kickstarter however, they are seemingly more flexible in terms of what types of projects are able to be funded on the platform.

Want to find out more about my foray into crowdfunding, check back for updates as I chronicle my latest product innovation The DRT.

Stop by my campaign page on Indiegogo to learn more about the DRT, watch video of my invention in action and check out some really cool pics.

What are your thoughts on crowdfunding? Join the Discussion and follow me using the links below